An interactive Party Performance from, for and about the Berliners from all over the world 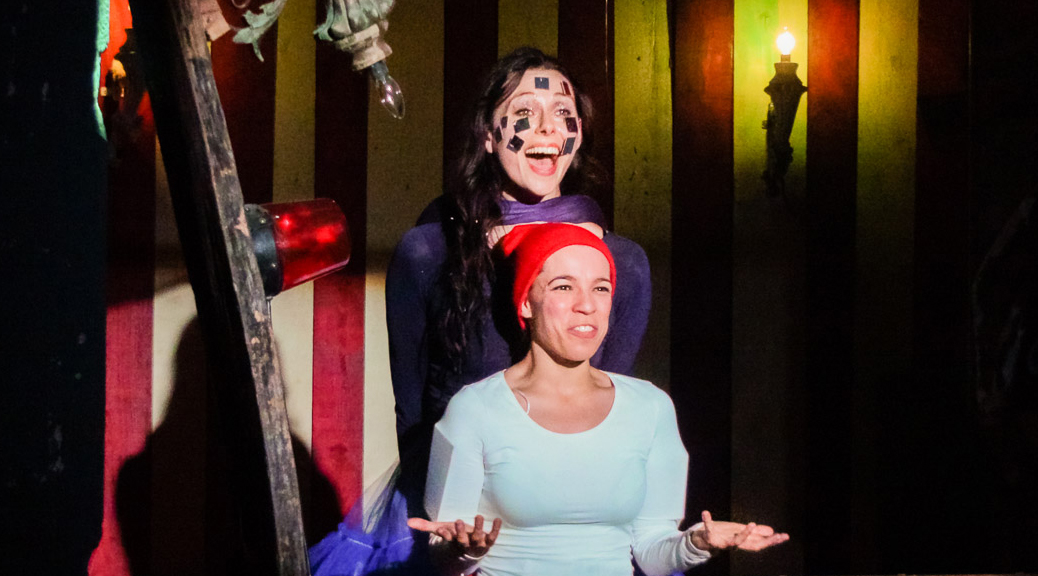 What does it truly feel like to be home? What’s required for one to feel at home? Is it possible to preserve one’s identity or must one leave it behind? In Berlin, many people share the experience of leaving one’s own cultural system behind in a search for something new, ultimately to establish oneself as a member of a foreign culture and society. With Ana Mena from Spain, Sarah-Jane St. Clair from Australia and Chang Nai Wen from Taiwan, it’s safe to say that the leaders of Thin Skin Theater and Sisyphos, der Flugelefant (SdF) are part of this community that shares such an experience. Inspired by their own personal experiences, along with narratives from others, Berlin Bound emerged in 2012 under the guise of plane trip, which took place in one of Berlin’s popular clubs, Kater Holzig.

In December 2014, the public is welcome to embark on a journey home in two of Berlin’s beloved clubs: Brunnen70 in Wedding and Griessmuehle in Neukoelln. Where you usually have to choose between partying and going to the theater—here, it’s one and the same. All fellow passengers are invited to bring along a piece of home—something cherished or even hated—it can be anything. Remember the motto of our journey: “Arrival lies in your hands.”

A Production from Thin Skin Theater and SdF

With friendly support from Theaterhaus Mitte (2014)
Remount production funded by