based on The Journey to Glückshausen by Sisyphos, der Flugelefant (SdF) – An interactive game about social Utopia for people ages 8 to 99 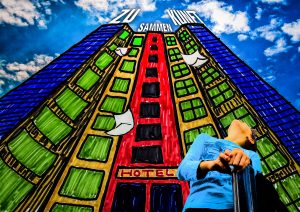 Children: 5,-€ Adults: 10,-€ / 8,-€ (reduced)
*The venue is located in a reception centre and requires an ID with photo from every visitor for safety reasons.
**Free admission for people with Sozialkarte / Berlinpass and Refugee status.

A legend tells of a distant land of peace, happiness and freedom, in
which individual wants and social solidarity coexist. The map leading
to this place was torn apart, the pieces scattered. Since then
people have wandered helplessly, searching.
In a former hotel high over the roofs of Kreuzberg, a portal opens
into the long-forgotten world of the legend. Where are the real
pieces of the map? What is burning in the fireplace? Who is telling
the truth? Where is the key, and what kind of world is hiding behind
the locked door?
Sisyphos, der Flugelefant invites the audience to play along in a
world of animation, secret melodies, aromas and puppetry. Big and
small, with or without passport or compass, follow the desire for
a social utopia in which encounters are possible. Can they achieve
what has not yet been achieved? Can the map be put together
again, or can the group reinvent the map together? Action is required!

Once Upon Tomorrow… is a production by Sisyphos, der Flugelefant (SdF) funded by Hauptstadtkulturfonds. Cooperation with ZUsammenKUNFT, Theater O.N., It is part of the program Theaterscouting  and PAF* – The 2018 Berlin Performing Arts Festival (June 05 -10, 2018).

*The Berlin Performing Arts Festival is organized by LAFT – Landesverband freie darstellende Künste Berlin e. V. in cooperation with the performance venues HAU Hebbel am Ufer, Sophiensæle, Ballhaus Ost and Theaterdiscounter. The Berlin Performing Arts Festival is supported by the State of Berlin – Senate Administration for Cultural and European Affairs from funds of the European Fund for Regional Development (EFRE) within the program “Promoting the Innovation Potential in Culture II (INP II)”. 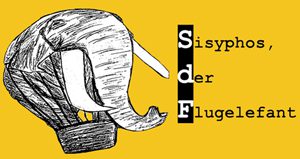